Vlogging is an art form.

It's one of the best ways to connect yourself with the rest of the world and to share your stories.  One successful vlog can bring you thousands or even millions of views, and today I will share with you my detailed reviews of the best Canon cameras for vlogging.

I am Ali G, a professional photographer and social media strategist based in Hong Kong. Over the years, I have helped many students create and publish their first vlogs and short videos though my workshops.

A high quality camera is an important piece of equipment for creating impressive vlogs. Canon and Sony cameras perform especially well with all the features they offer.

I believe the best overall Canon camera for vlogging is the Canon PowerShot G7 X Mark III. It is portable, comes with excellent live streaming features, impressive processor and image stabilizations. The tilting touchscreen makes your recording a lot easier as well.

I will include a few other great options in this article so you can make an educated decision which can enable you to produce all types of cool vlogs. 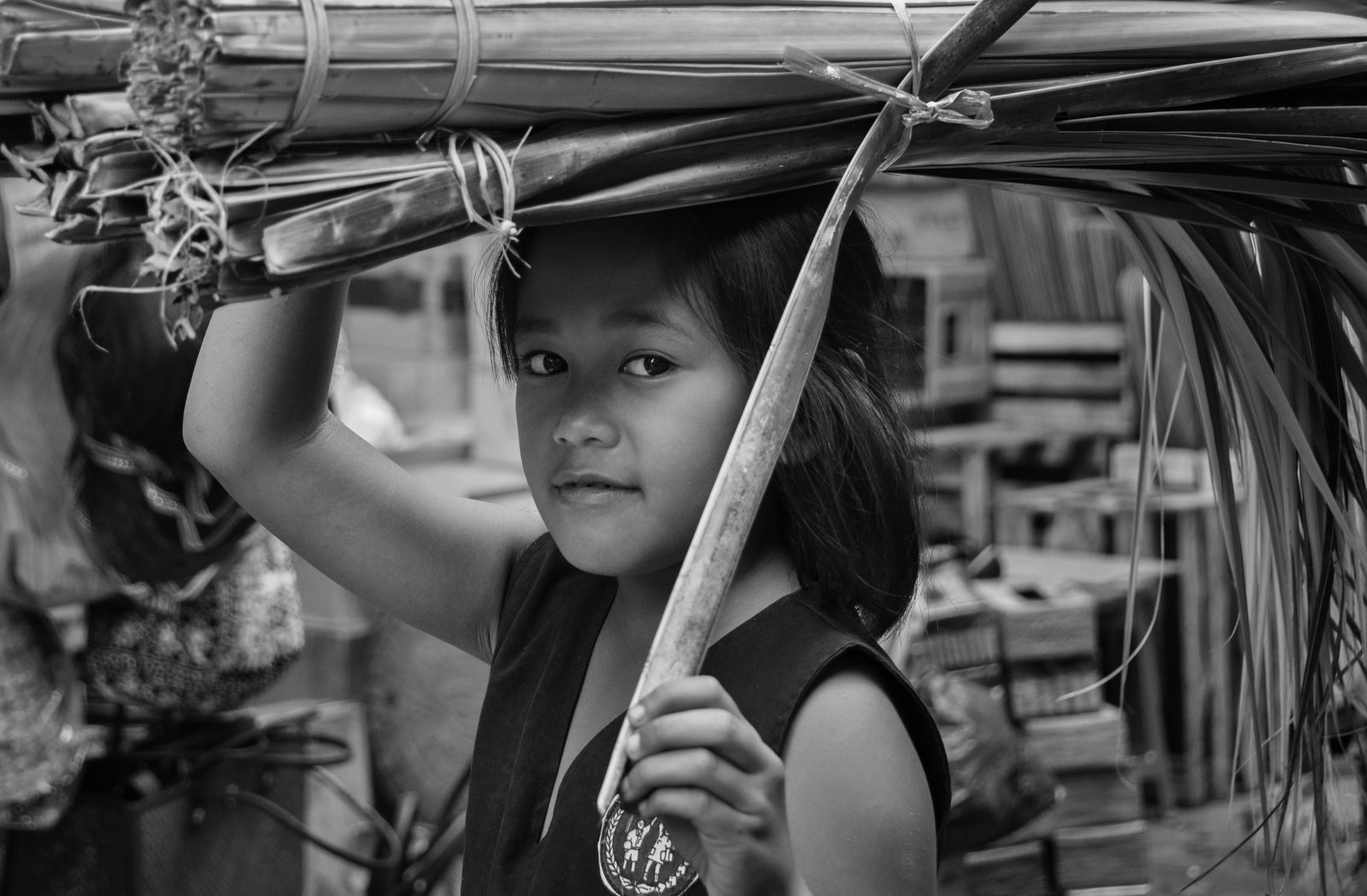 Currently shooting with your phone camera and aiming to upgrade to a digital, single-lens reflex (DSLR) camera? The Canon PowerShot G7 X Mark III is our best overall choice because it is highly portable and comes with valuable vlogging features. I believe this is one of the very best canon cameras for travel vlogging as well.

This camera has 4K video recording capabilities without cropping your footage. It also has a livestreaming function, which is a perfect feature for content creators and vloggers.

The DIGIC 8 image processor together with the 1 in stacked CMOS sensor lets you take images with great quality as well. Couple this with an ample 20.1 megapixels and you’re good to go.

When it comes to ergonomics, the portable yet useful camera has a slim design paired with a 3-inch 180° tilting touchscreen. A solid image stabilizer is in place for shaky hands when vlogging and the aperture range works well with low light (assuming you don’t have a production team yet).

Again, if you’re starting out in vlogging, this might be a useful camera. And if you’re already established, this can come handy as a portable cam for vlogging around the city.

The Canon EOS M50 Mark II is a mirrorless camera that has a 24 megapixel APS-C sensor. Suffice to say, the camera can record stellar 4k video footage.

The new Mark II got subtle upgrades in autofocus, vertical video, and direct Youtube live streaming capabilities through Wi-Fi. The improved features don’t mess with what made the M50 popular.

The dual autofocus is one improvement we’d like to mention. It might use the same AF system, but there is now face and eye tracking for both video and stills. What’s great is that the eye tracking works well even with fast moving subjects in poor lighting conditions. This might be a great feature for vloggers with quick action shots.

In terms of video, this camera is capable of 4K although the cropping makes it hard to shoot wide scenes. The dual pixel AF also works best with full HD 1080p. You can easily backup your images and videos in the cloud as well.

Combine this with the styling and ergonomics of the M50. It is small and styled like a mini dSLR. The grip is also comfortable, making vlogging easier. The buttons are small and cramped but you can opt to use the touchscreen for better efficiency.

All in all, the Canon EOS M50 Mark II can be a reliable camera for your vlogging needs with its value for money, handy features, and great ergonomics.

We now go to a dSLR for vloggers who are into film production style vlogs. If you think that it’s time to level up from your trusty digicam to a more powerful one, then the Canon EOS Rebel T7i is a great upgrade. This camera is part of Canon’s entry-level dSLRs which also gets the same tech from higher-end models.

The T7i has the same body from its predecessor while incorporating a dual pixel CMOS sensor. Its sensor has the same technology found on the EOS 80D.

Canon’s images may seem less sharp and the white balance may seem less sophisticated as compared to its competitor, Nikon D5600. But it wouldn’t be noticeable if you’re just viewing from your phone, which is probably true for most of your viewers. A plus is the built-in flash to accommodate lighting needs.

Where this camera shines is in video mode. Although it can only shoot in 1080p, the dual pixel autofocus enables you to track your subject around the frame in live view mode, great for maintaining focus on moving shots. It’s also great for shooting video when you plan on using the back LCD a lot, much better than the Nikon.

The Wi-Fi and phone connectivity may have a bit of a learning curve but it’s something you can learn after a few sessions. With a simple and guided user interface, the camera is also easy to operate and grow into as it offers a good level of control.

In the end, this camera isn’t necessarily the best but with its competitive price, pragmatic combination of features, and simple interface, it suits its intended audience: photographers and filmmakers looking for a beginner DSLR.

The camera for more heavyweight vlogging, the midrange Canon EOS 90D has an updated 32.5 MP APS-C CMOS sensor designed to achieve clarity, low noise, and adept to work in a variety of conditions.

The CMOS system features 5481 selectable AF points when recording video or shooting live view. This control is great for video shooting even for medium to high production shoots as it can record movie quality videos.

It is capable of UHD 4K30p and Full HD 120p video, as well as time lapses in-camera. This is especially great for travel vlogging, where a lot of scenery is shown in time lapse. The 4K also captures without cropping.

The 90D comes with a vari-angle touchscreen which can flip 180 degrees for more freedom and control. The optical viewfinder also offers 100% frame coverage when shooting at eye level, another plus for vloggers.

The body design is similar to its previous generation, with the addition of an eight-way joystick. It’s got a large comfy grip. It also has headphone and mic sockets, together with a USB 2.0 port.

The 90D is a very capable camera as can be seen from the plethora of features. It offers one of the highest resolution sensors in the market, is reliable, and able. It’s a great choice for experienced and casual vloggers looking for a solid camera in their rig. 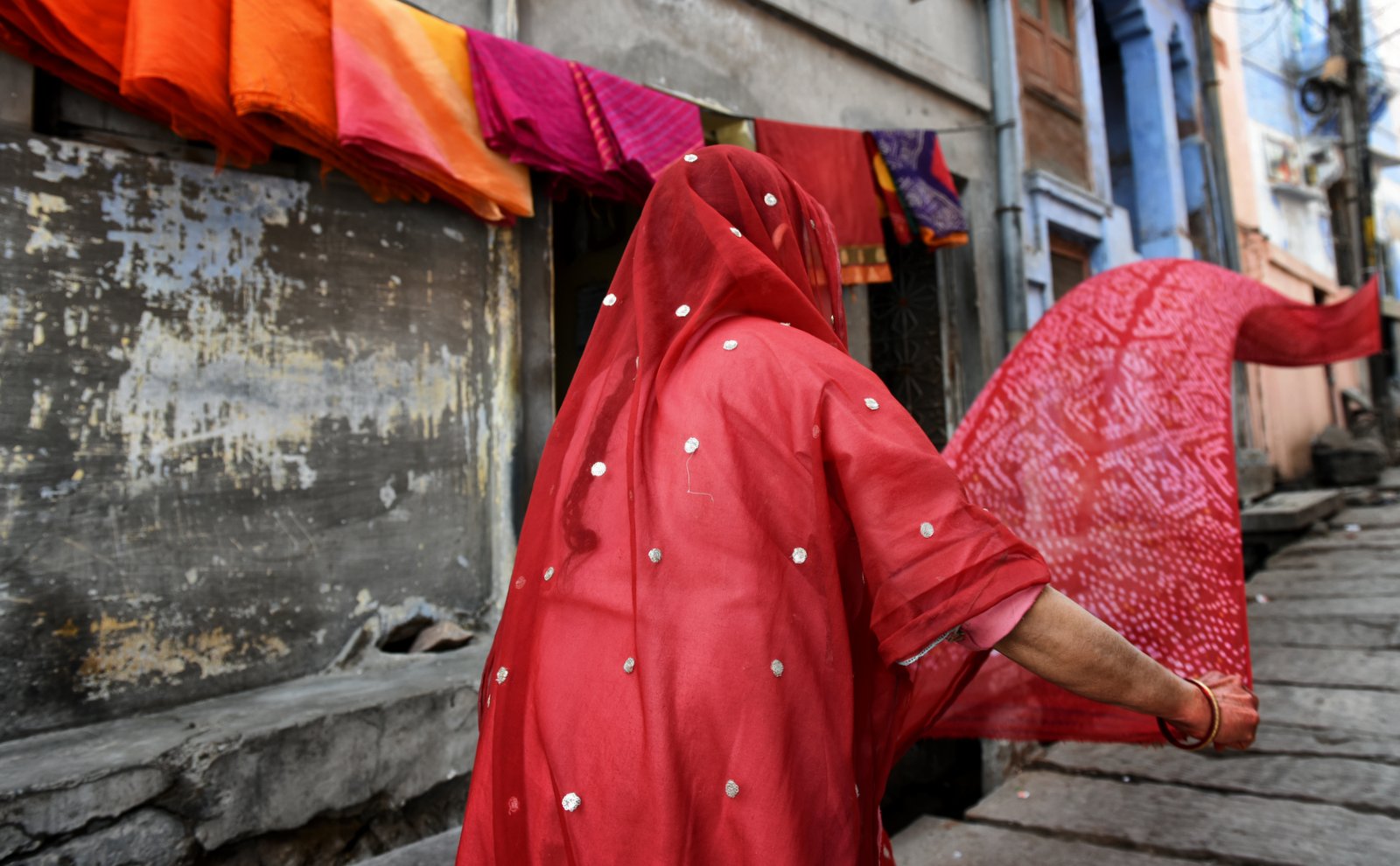 Best Canon Camera for Vlogging - What to Consider

There are many things to consider when choosing your vlog camera. We’re here to help you decide what to consider to pick the best choice, so read on.

For 4K video, your camera must be able to record with a 2160p (3840 x 2160) resolution. If possible, look for a camera with a resolution close to this number to ensure your video is of high quality.

Although it might seem like it’s useless to record 4K footage when you’re only publishing a video in 1080p quality, having high-res footage is easier for editing and makes for a cleaner end product.

A lot of vloggers use wide-angle lenses as these are great for tight spaces such as small rooms. This way, most of the space can be filmed and fit into the frame. A 24-mm lens can already suffice but if you really want something better, you can go for an ultra wide lens.

Usually, many cameras on the market already provide decent sound for videos. But if you want excellent audio quality, then you’ll need to plug in an external mic so make sure your camera supports that option.

It’s especially useful when you’re shooting outdoors, as you can reposition the mic to record the sounds you only want to be heard and block off unnecessary ones. No need for a boom, as a shotgun or lavalier mic will do.

A large sensor size means better image quality but you also have to take the overall camera size into consideration as you’ll be carrying it for long periods. A compact camera with built-in lens would be very handy and portable for traveling.

On the other hand, a mirrorless camera or dSLR will give you more options and better video quality. You might consider having both in your camera bag as these can give you additional camera angles.

In order to produce engaging vlogs, your video must be stable and not dizzying. There are already cameras that have built-in or in-body image stabilization (IBIS) features to help stabilize your videos so it’s good to keep this in mind when looking for one.

If the camera you’re eyeing doesn’t have one, you can also buy a Gimbal or Steadicam to provide stabilization. This will be useful for other cameras as well. 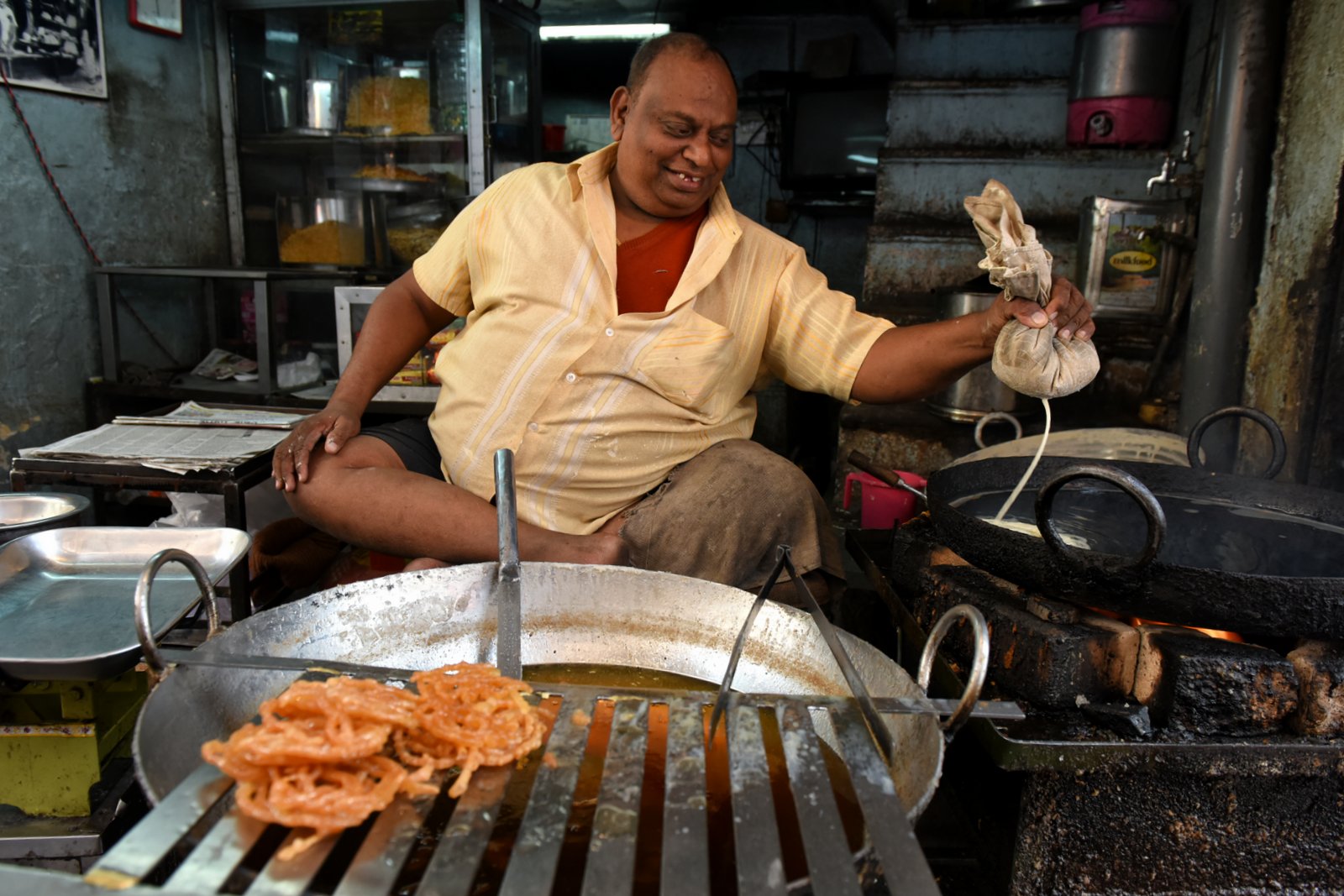 Here are some most commonly asked questions relating to choosing the best canon cameras for vlogging.

What is the best Canon camera for vlogging?

The Canon EOS Rebel SL3 is a lightweight camera compared to other DSLRs and has a touchscreen that enables you to watch yourself while recording, making this a great camera for vlogging.

The user interface is especially easy to use for new users, as a guide is available in the menu to follow. You can shoot in FHD continuously for 30 minutes. Combine this with the autofocus system that is reliable in tracking subjects.

Although its 4K capability is limited, it still proves itself useful in vlogging due to its portable size and video capabilities.

What is the most common camera used by YouTubers?

YouTubers use a myriad of cameras for vlogging. But the most common camera they use actually depends on the purpose. For vloggers who are active, into extreme sports or even motorsports, they usually use a GoPro.

For lifestyle vloggers, their rig ranges from a good phone camera to the Canon PowerShot G7 X Mark III for casual vloggers, to dSLRs such as the Canon EOS M50 Mark II and the Panasonic Lumix S5 for more serious ones.

What Canon camera do YouTubers use?

Canon is a go-to brand for many YouTubers as their cameras are versatile and offer many useful features especially for vloggers. With this, many Youtubers use the Canon G7 X Mark III and  Canon Rebel T8i for the intermediate users.

For the advanced hybrid cameras, many YouTubers prefer a Canon EOS R which is a combination of a dSLR and a mirrorless camera. When it comes to cinematic cameras and camcorders though, YouTubers usually go for a Canon XA55 Camcorder. Pick your poison.

My top choice for the best canon camera for vlogging is the Canon PowerShot G7 X Mark III. It is easy to carry around, able to record 4K video without cropping your footage, solid image stabilization, and comes with a 3-inch 180° tilting touchscreen.

If you are looking to buy a canon camera for vlogging, all the mentioned options are recommended. Simply pick one depending on your level and skill and you are good to go!

I look forward to checking out your vlogs!

Please show some love and follow us on social media to stay connected with more of our exciting projects!

Disclosure: As an amazon associate, I earn from qualifying purchases 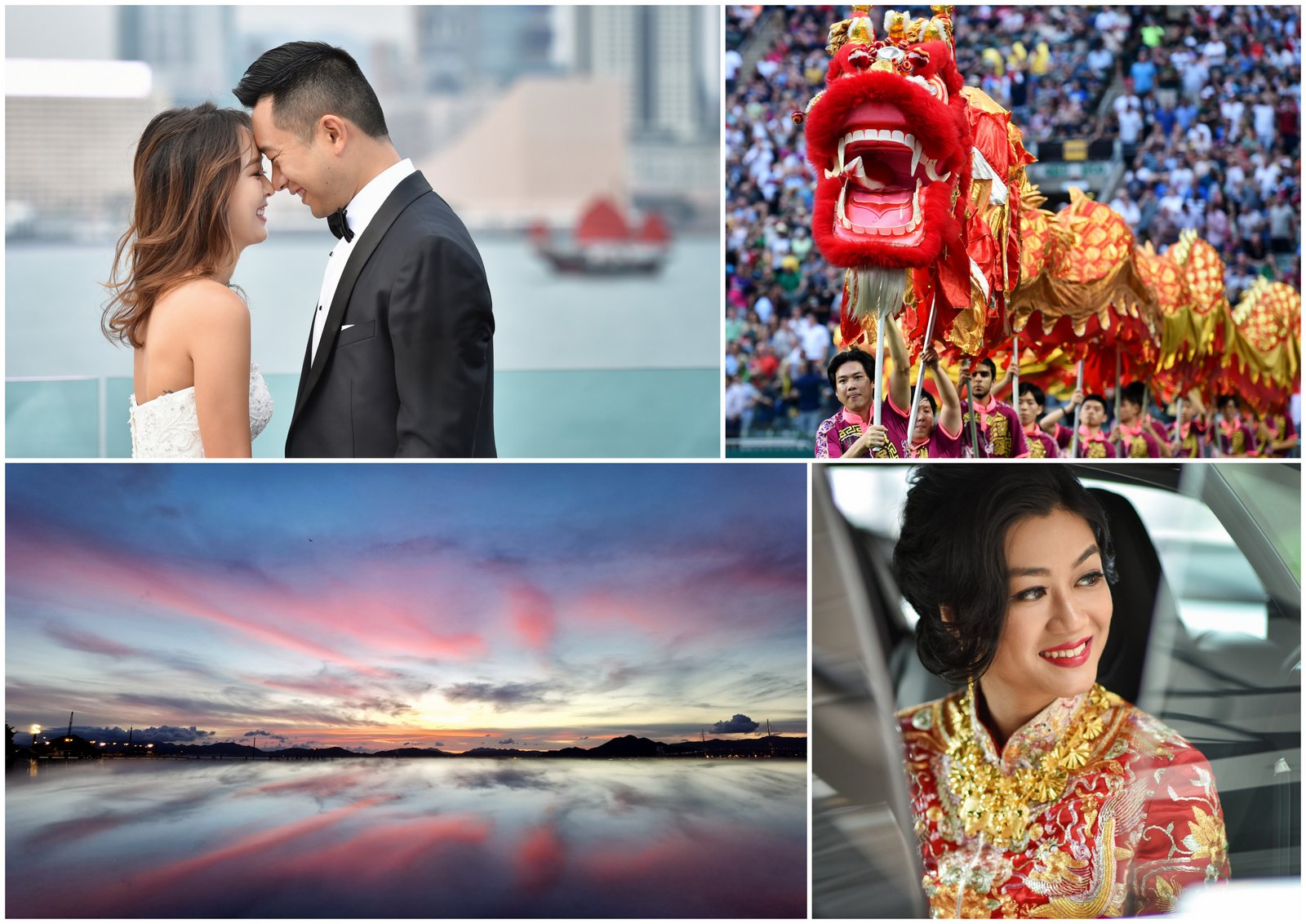