My pre-wedding photoshoot of Hong Kong model and actress Ankie Beilke has been featured in everyone’s favorite Cantonese publication, Apple Daily and Hong Kong's very own popular entertainment site ON.CC! For those of you who don’t read traditional Chinese characters, here’s a little glimpse behind the headlines.

I’ve been photographing the talented beauty that is Ankie Beilke since I took her headshots in 2014 after an introduction by another talented actress and model, Raven Tao. Ankie was also gracious enough to star in a power yoga pose for a 2015 charity calendar I produced and dedicated to Hong Kong’s Women Helping Women charity foundation. 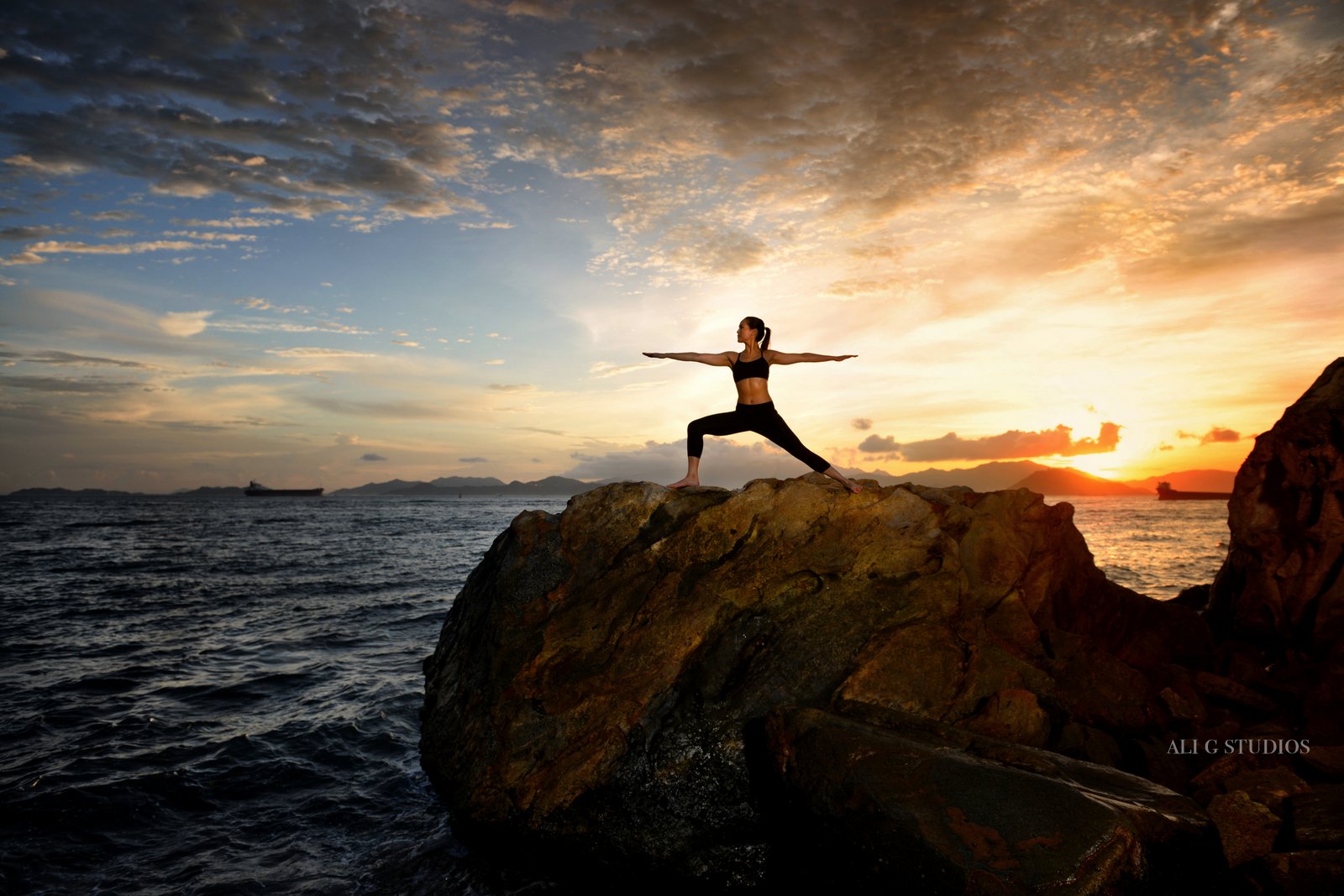 I was naturally thrilled when she asked me to be her pre-wedding photographer with dashing soon-to-be husband Simon Van Damme, and their gorgeous toddling son, Sebastian. Speaking to Apple Daily reporters about Sebastian, who was born in February last year, Ankie said, "It’s been especially interesting to add a son to our family. The three of us are very happy together, and having a child brings a lot of life into the house.” 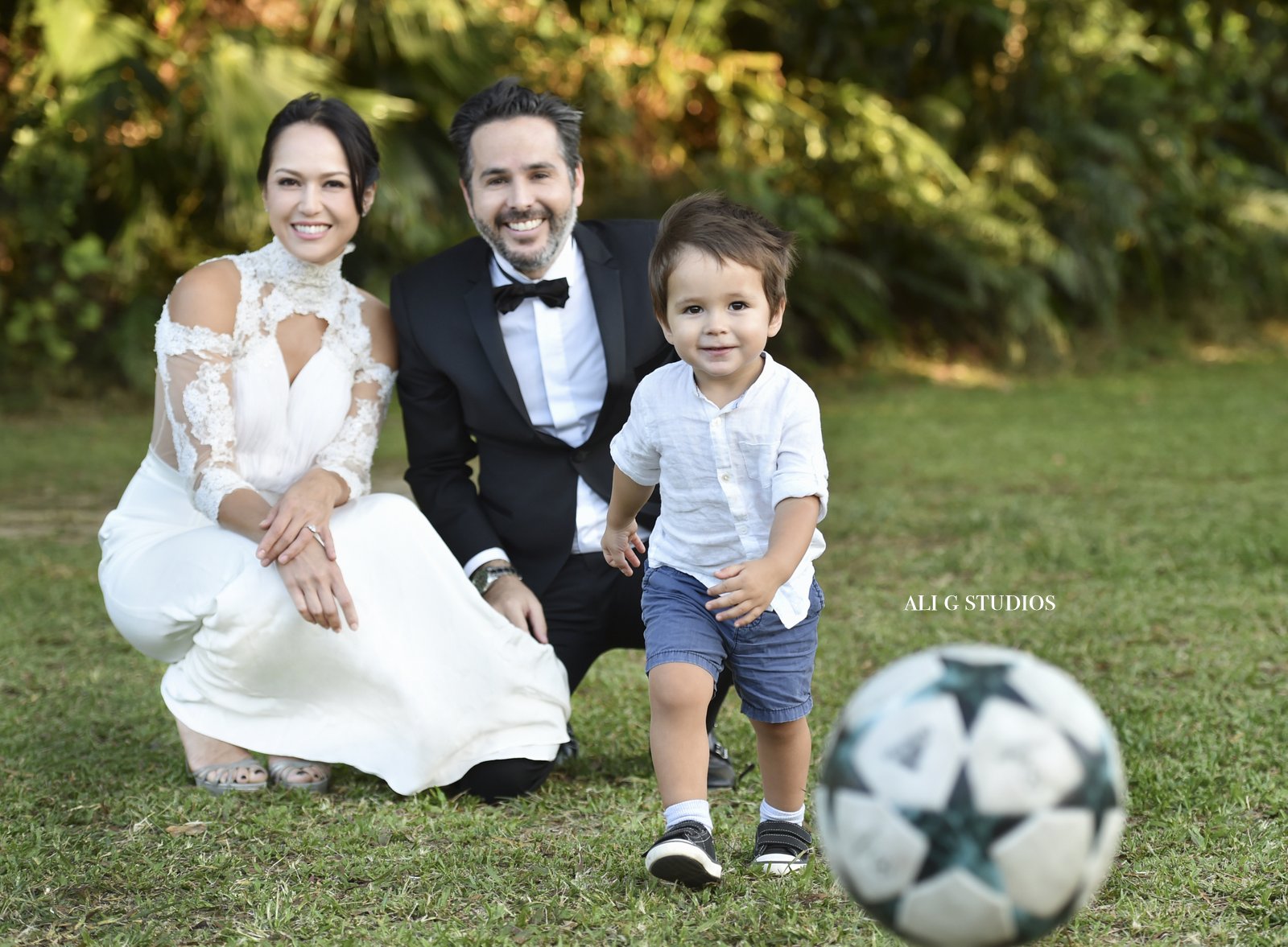 So, shortly before sundown earlier this week, our team headed up to Hong Kong’s Victoria Peak to catch the all important “Golden Hour” light. As Ankie is both a model and a photographer, I knew we were in for something special.  Adding to my delight was the presence of Ifat Kafry Hindes, an experienced model and mom herself, who provided great location tips and behind the scenes support.

We shot two styles, one with Ankie in a stunning white wedding gown by world renowned designer Susanne Soo and Simon in a classic tux by legendary RS Fashions, and another more Chinese look where Ankie wore a fashionable red number from iconic Shanghai Tang and Simon donned a changshan-style jacket by Shanghai Tang as well. 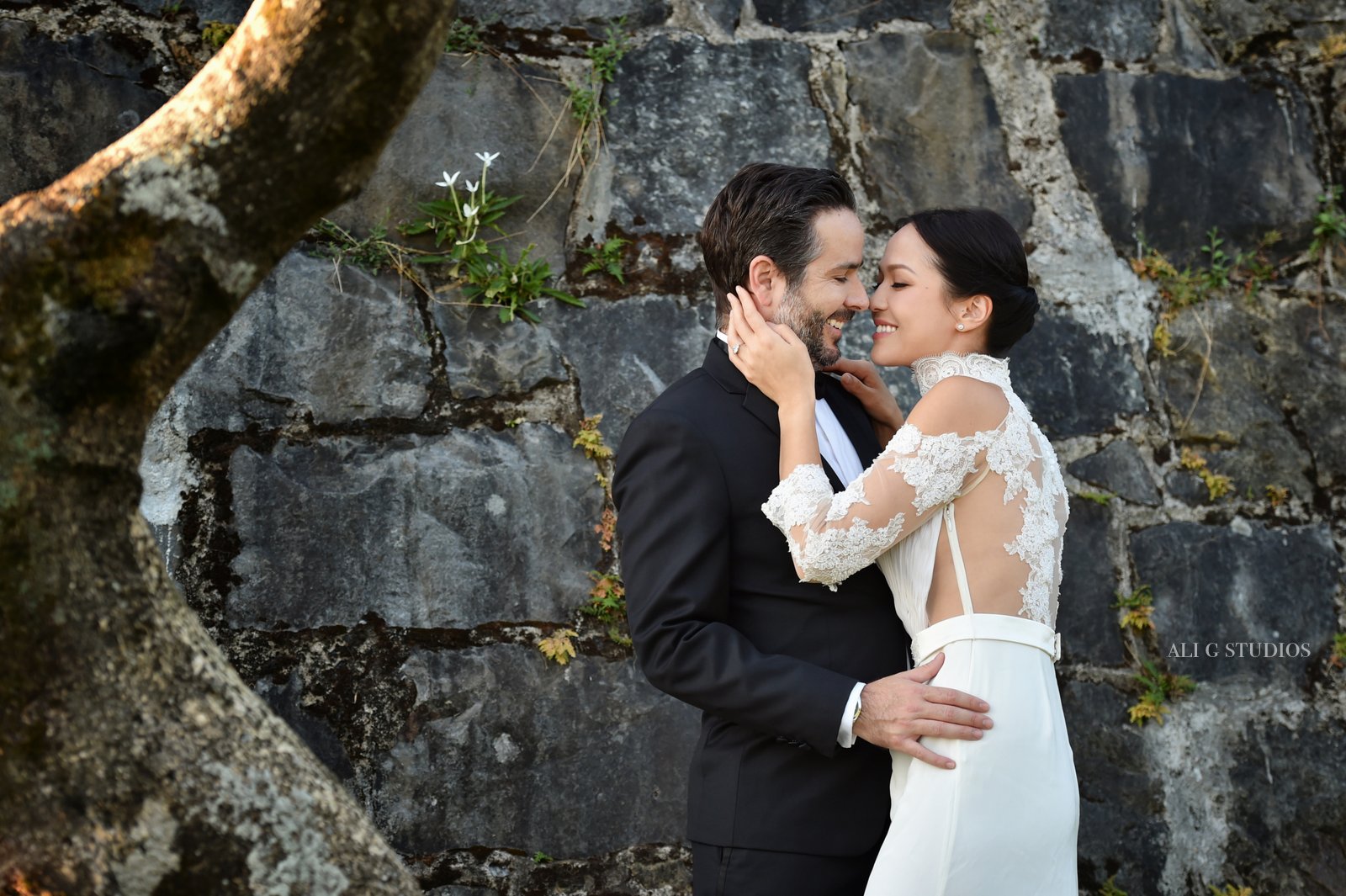 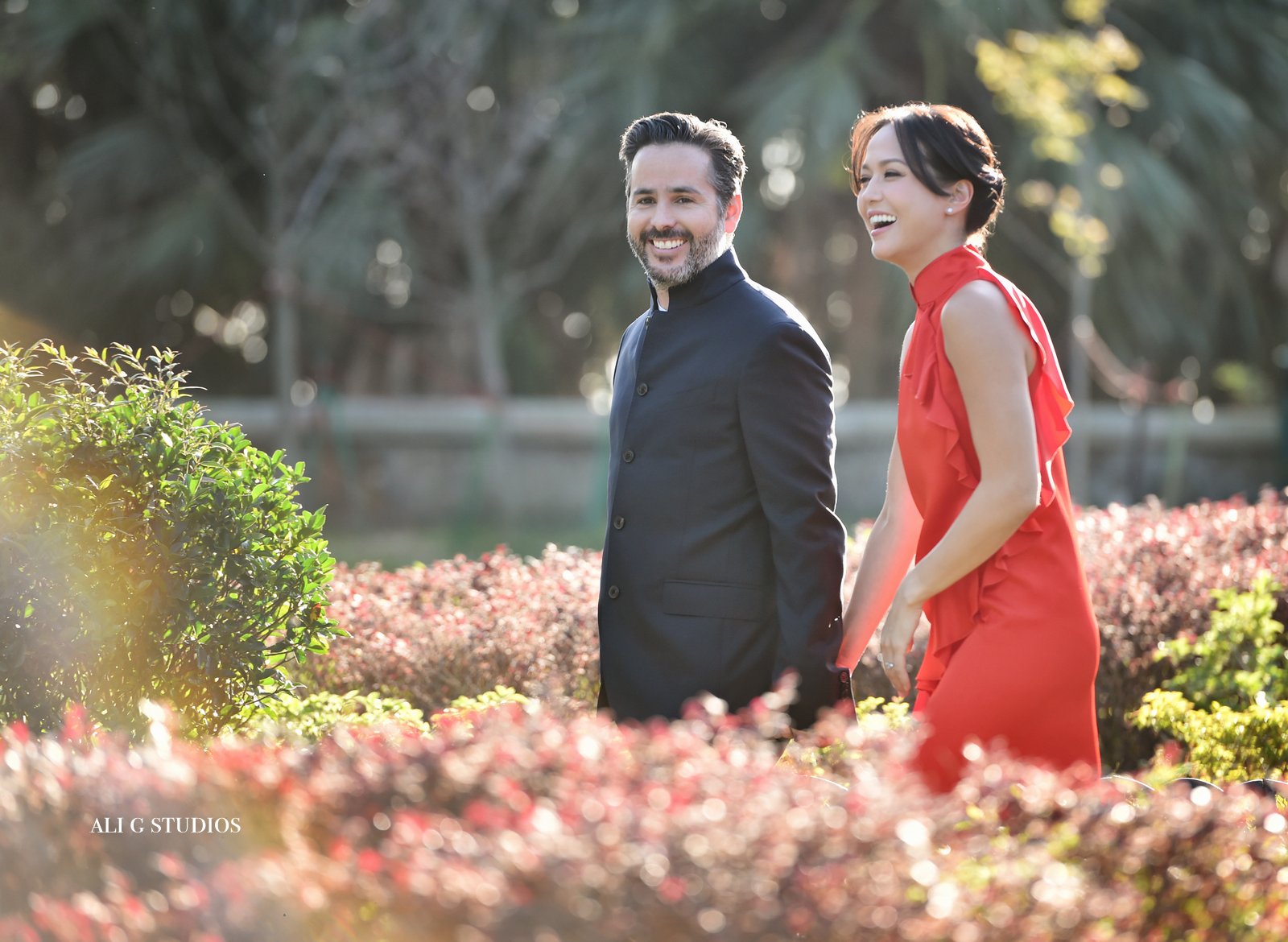 The light was absolutely beautiful on Victoria Peak, and so was the happy family!

Despite being half German and born in Germany, Ankie told the newspaper there was no contest as to where her pre-wedding shoot would take place. “I’ve always known Hong Kong and lived in Hong Kong, and I will get married in Hong Kong,” she said, “so it’s the perfect fit to take my wedding photos here.” 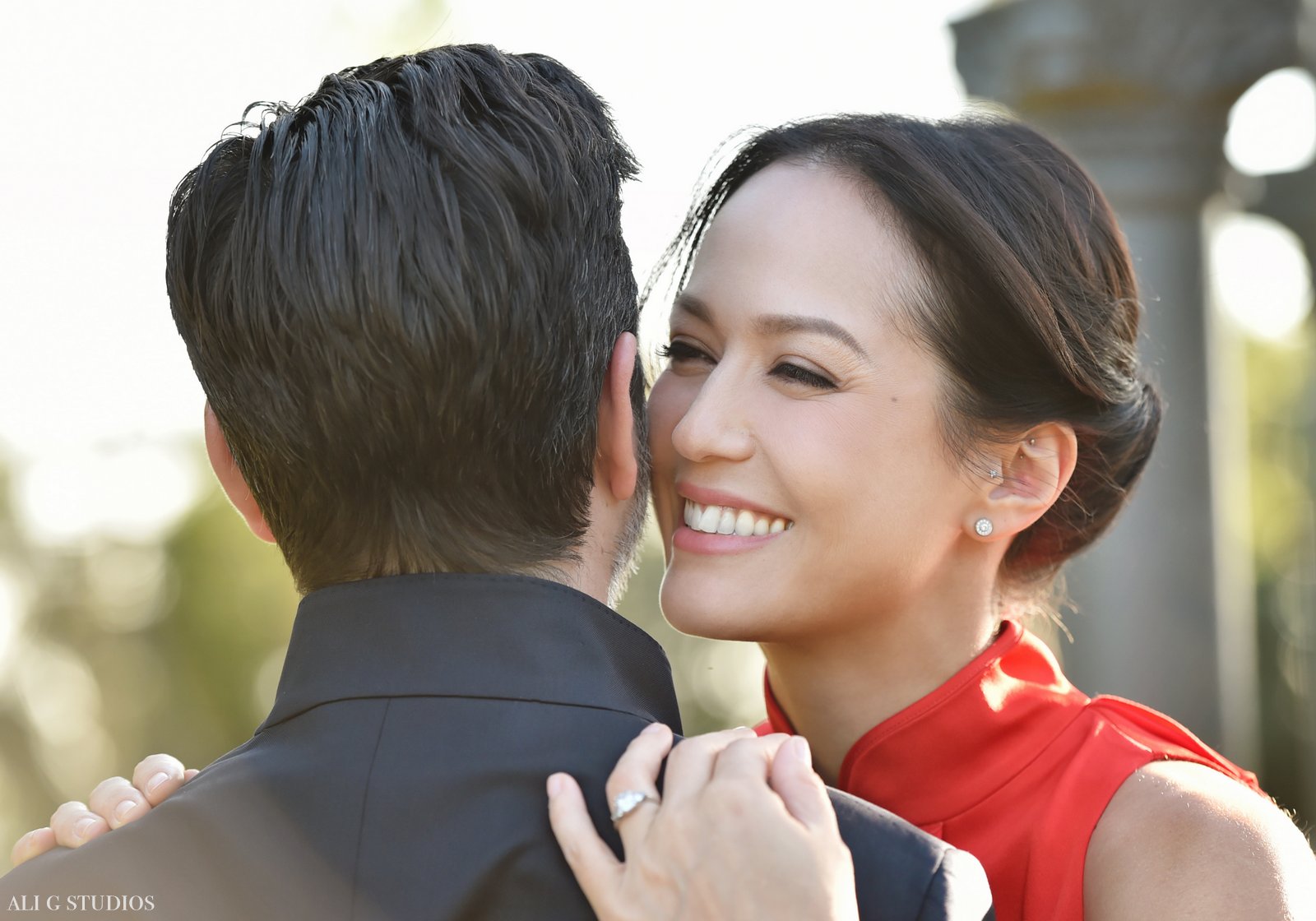 The couple will marry at a registry office in Hong Kong on November 18 and may host a reception party after (depending on Ankie’s busy schedule). Talking about wedding planning, Ankie admitted there are always challenges.

"It’s always hard to plan a wedding...We will register first and have a party, but I’ve decided to have another Chinese wedding ceremony next year. That way everyone will be happy!” 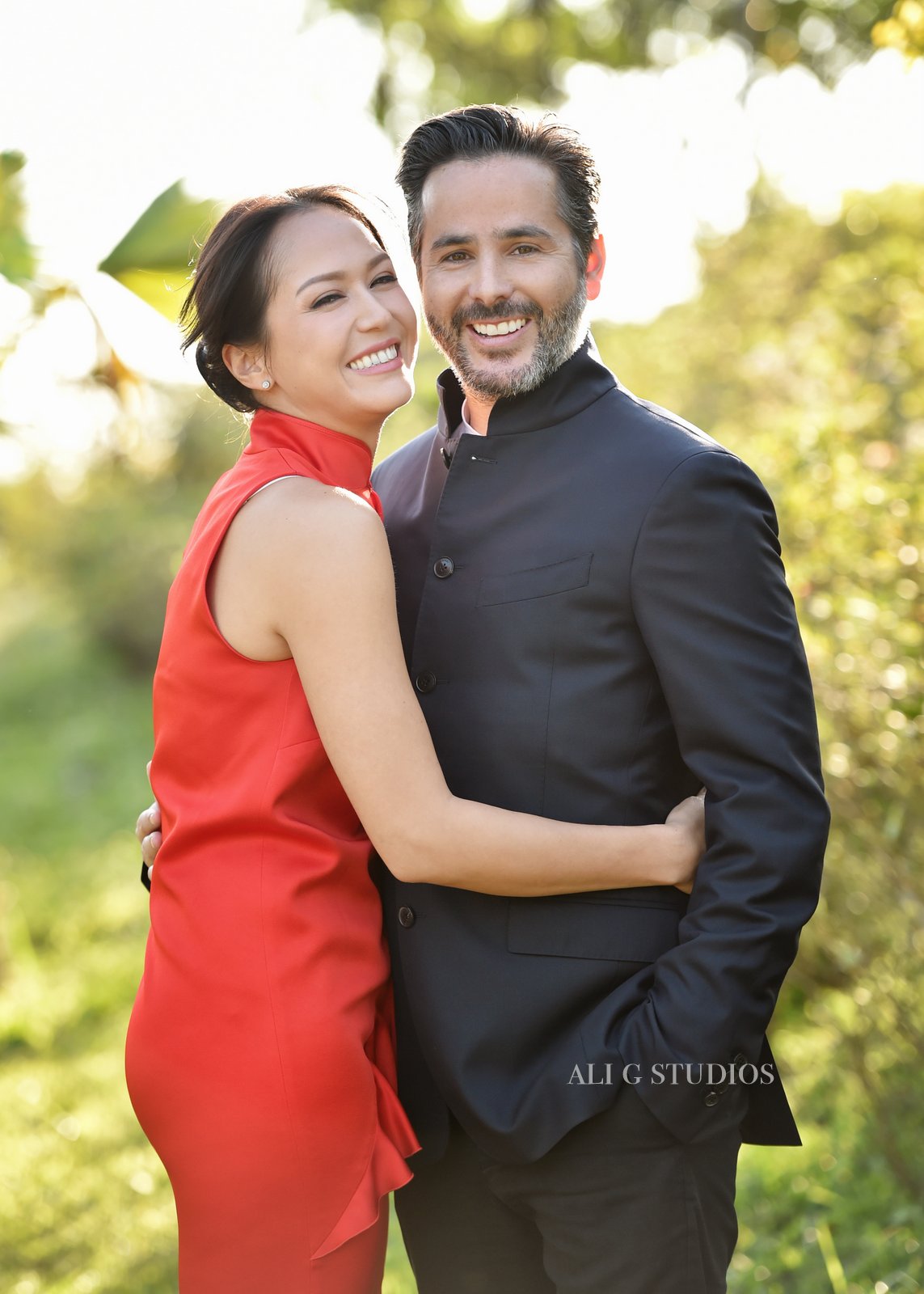 And who could fail to be happy watching this beautiful family make it official? I’d like to extend all my congratulations and celebrations to the happy trio!

Also a big thanks to Apple Daily reporter and videographer Luo Huimin and Shen Jiancheng, makeup artist Wing Tee and hair stylist Timothy Lee. In addition, thank you to Mavis from Quest Artists & Models Agency for a helping hand on the day!

Please show us some love and follow us on social media to stay connected with more of our exciting projects!